Two workers were injured after being hit by a car near Reno following a high speed chase in California on Interstate 80 in the mountains a little to the west of the Nevada state line. A BMW was said to be driving erratically when officers from the California Highway Patrol attempted to pull it over near the Dutch Flat exit. The vehicle was heading eastbound near Nevada on the freeway when officers attempted to initiate a traffic stop for reckless driving. The driver of the vehicle refused to stop, leading police on a high speed chase. The chase reached above 100 miles per hour at points, as the police followed as the driver accelerated. The 1989 BMW exited the freeway at one point and headed back in the other direction near Truckee, now heading back west. The driver then entered a construction area near the Soda Springs exit, losing control as he tried to turn around out of the lane he’d entered which was closed by construction. The car flew into the air and hit two workers from the California Conservation Corps. If you’re injured in an accident like this, or a rear-end accident in Northern Nevada, you need a lawyer who can get you the compensation you deserve. Call Benson & Bingham Attorneys at Law for a no-obligation appointment to discuss your case, and get started on your claim today.

The vehicle was airborne when it hit and injured these workers, according to a police spokesperson. It was flipping over in the air, as if in an action movie. One of the workers, a woman, suffered injury to the head and was brought to a hospital in Reno. The other worker was a man who suffered shoulder injuries and was treated at the scene of the crash. The interstate was closed during the investigation between Kingvale and Soda Springs exits. The suspected driver was reported to have died from injuries in this car accident near Washoe County. The roadside workers were said to have sustained non-severe or life threatening injures.

If you’re injured in a car accident in Northern Nevada, you need an attorney. Benson & Bingham have been representing injured persons in the Reno area for years, and we can help you get the coverage and compensation you deserve. Call us today for a free consultation – you’ll be amazed at how easily we can handle your claim, and how customer oriented our firm is – our goal is to take care of you, not just your case but you as an individual.

Benson & Bingham Attorneys at Law are actively looking into cases of house fires in Nevada from smart meters installed by NV Energy. There is disturbing evidence, as cited in 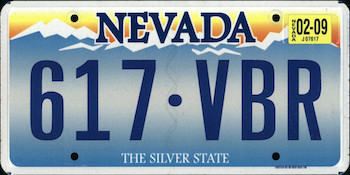 A recent northern Nevada accident and DUI are calling into question the performance of state agencies for controlling multiple DUI offenders. DUI accidents in Nevada are unfortunately fairly common in